“I’ve collected tiny things that appeal to me over the years, and realized as I prepared for this exhibit that many of them are carved or constructed of wood. I have also included some of my favorites that are not wooden. The group of miniatures you will see come from only eleven cultures, but they can attract the eye and imagination of anyone in the world who feels wonder that such small replicas of bits of our big world can be made so beautifully. The cultures represented are Chile, China, Denmark, Germany, the Hopi people, Japan, the Netherlands, Russia, Taiwan, the United Kingdom, and the United States. 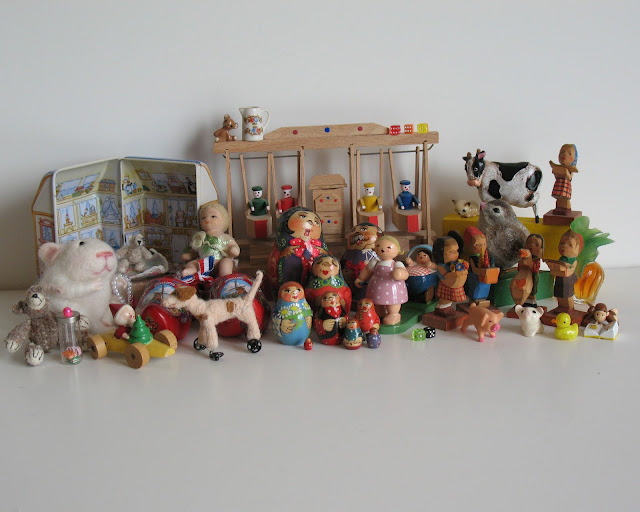 Posted by Michael Horvich at 11:48 AM